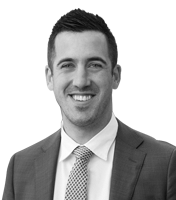 
Being amongst the most 5-star reviewed WA agents on realestate.com, my buyers and sellers are some of the happiest in the State.

So, what makes my service so satisfactory? I think it’s that I genuinely love working with people, and because of this, it’s first nature to offer a high-end service experience that revolves around unsurpassed communication and results.

Before commencing my career in real estate, I received the ultimate training as a business owner for a digital marketing agency that represented over 25 local food & beverage venues and a gym that serviced over 1,200 members. I’ve also worked tirelessly towards and have been lucky enough to play professional golf and football at a State level.

I wanted to take this experience and relentless pursuit for excellence and channel it into helping people in a fulfilling, long-term career. I’ve now been in real estate for over 3 years in which I’ve had the opportunity to help over 200 buyers and sellers along their property journey.

I’m very humble to have received an overwhelming level of recognition from my clients, the industry and my peers for my fast-tracked real estate success. This includes being recognised as WA’s Rookie of the Year and Residential Sales Team of the Year by REIWA, Realmark’s Rising Star, and receiving a nomination at a national level for Residential Sales Agent of the Year.

If you’re curious to learn more about why you should appoint me to represent the sale of your property, just scroll down and read what my clients have to say about me.

He represented WA for both Golf and Football

He launch his own Digital Marketing Agency (Hybrid Revenues) in 2014 which continues to specialises in hospitality, real estate and entertainment establishments